– The scripts needed to create this figure are provided in this Github repository. 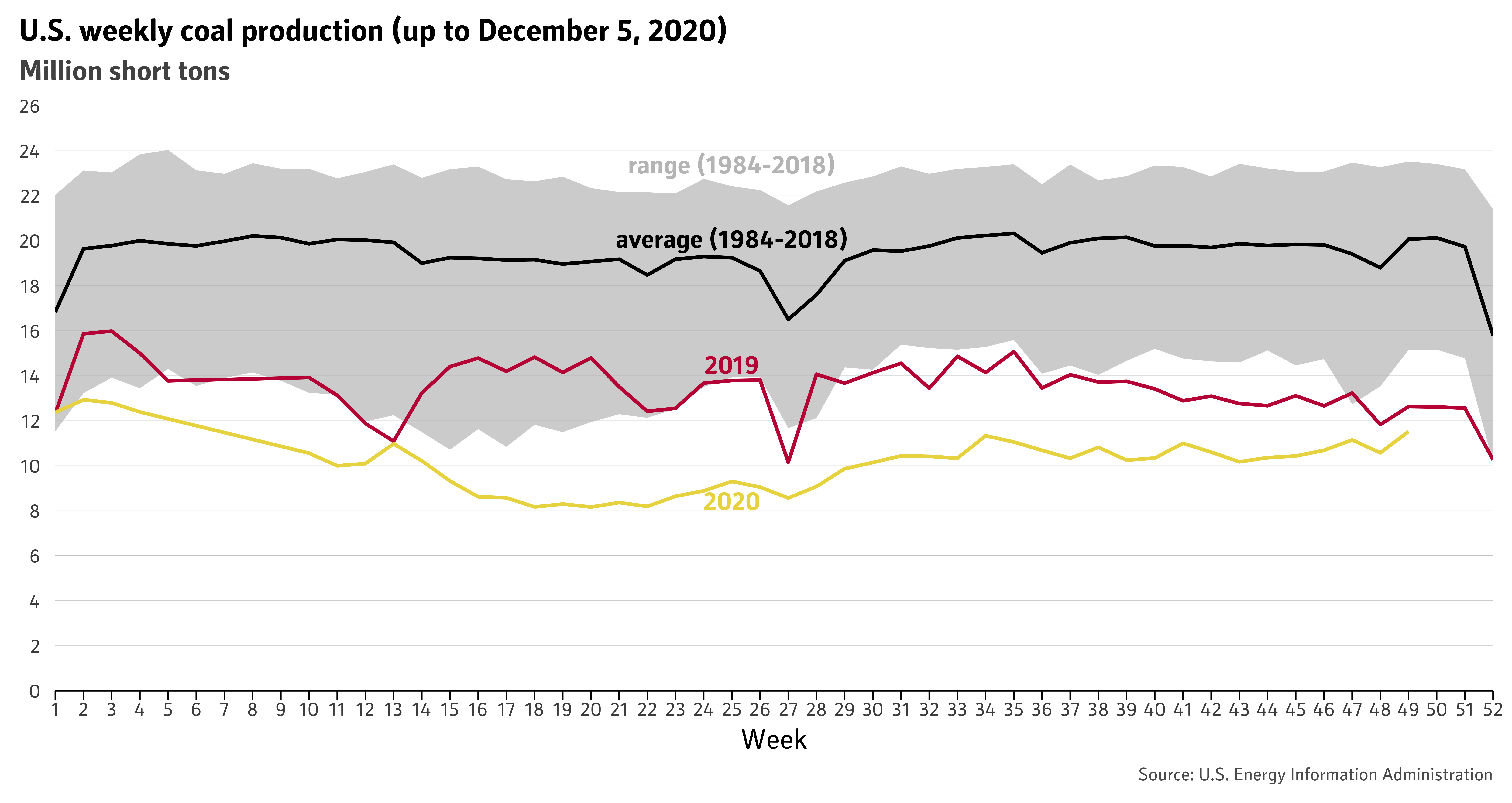 Notes on the data

All of the data needed for this analysis can be downloaded on the EIA’s Weekly Coal Production estimates website. To view previous weeks’ data, click on the “Archive” link.

The main cleaning involved for this analysis was renaming columns and binding datasets across the years, since the formatting and number of weeks (52 or 53) changed between years. Additionally, I noticed that for some years, the week 1 and/or week 53 production values were significantly lower than the other weeks’, leading me to assume that one year’s 53rd week can be shared with the following year’s 1st week. In such instances of low week 1 and/or week 53 production values, I aggregated the production to be the later year’s week 1 production.